Retail Workers Bill of Rights Introduced at Board of Supervisors 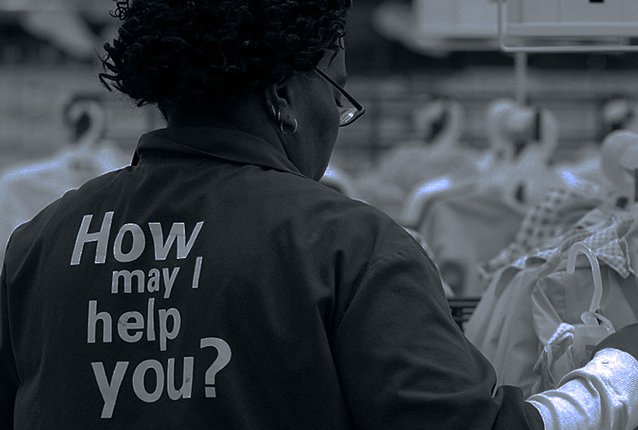 Written by Mackenzie Baris, Jobs With Justice | Reposted from JWJ.org

Despite its high minimum wage, San Francisco has the second-highest rate of income inequality among major U.S. cities.

One of the reasons why people aren’t earning enough money to make ends meet in the Bay Area, and across the country, is because they can’t get sufficient hours at their jobs. And then there are workers facing unpredictable schedules that make it impossible for them to properly care for their families, hold down second jobs, or pursue an education.

That’s why it’s so exciting that a coalition of workers, labor, community and advocacy groups in the Bay Area has come together to tackle the escalating crisis of unjust hours and unstable schedules that workers in the low-wage retail sector face.

On July 29th, this coalition, led by Jobs With Justice San Francisco, teamed up with Supervisors Eric Mar and David Chiu to introduce the Retail Workers Bill of Rights to hold the city’s largest retailers, restaurant chains, hotels and banks accountable for creating better quality jobs. The proposed ordinance aims to strengthen protections for retail workers held hostage by on-call scheduling, diminished hours and discriminatory treatment by employers on the basis of their part-time employment status.

Why is the Retail Workers Bill of Rights a solution? Too many people aren’t just living paycheck to paycheck, they’re living hour to hour. Large companies like Walmart and McDonald’s schedule workers with too few hours on too short notice, putting them in a no-win situation. Not only do these jobs typically pay poorly, but workers are regularly required to be on call or maintain open availability without being guaranteed a shift. Not knowing their hours means not knowing how much money they’ll make in a week or month. For these workers, being at the beck and call of their employers makes it that much harder to take care of everyday life responsibilities.

The Retail Workers Bill of Rights would specifically ensure that people employed at any of the city’s “formula retail” chain stores have the right to:

This effort reflects the growing recognition that raising wages alone isn’t enough to pull families out of poverty if employers are under no obligation to provide their workforce with enough hours to make ends meet. That’s why workers and their supporters at both the local and national levels are going beyond the call for higher wages to demand just hours and fair schedules as well.
Just last week U.S. Representatives George Miller (D-Calif.) and Rosa DeLauro (D-Conn.), along with Senators Tom Harkin (D-Iowa), and Elizabeth Warren (D-Mass.) introduced the Schedules That Work Act (H.R. 5159/S.R. 2642) to give all workers the right to request a predictable or flexible schedule. This federal proposal would also help eradicate the abusive scheduling practices in the restaurant, retail and cleaning industries.

The Retail Workers Bill of Rights is one of many steps we must take to bring balance to our economy. The campaign also hopes to create new organizing opportunities for workers in the greater San Francisco area who are activated through the effort. Arguably, winning in San Francisco, where the job conditions of more than 28,000 workers in chain stores and restaurants are at stake, could set a precedent that creates new standards for the entire region. As the national conversation about low-wage work and income inequality continues to escalate, it’s time we add to that dialogue the challenge and the emerging solutions to unjust and unfair hours.